In the early years BMW needed to compete in the medium power boat market but at the time they did not have their own diesel engine that was suitable for marine applications.  They sourced the VM HRH 692 3.6 litre block and marinised it, designing and manufacturing the heat exchangers and coolers in house.  This was followed by a 5 cylinder 3 litre version.  The former model came in different guises such as the BMW marine D150, D190 and D636.  The later 3 litre, 5 cylinder version is known as the D530. 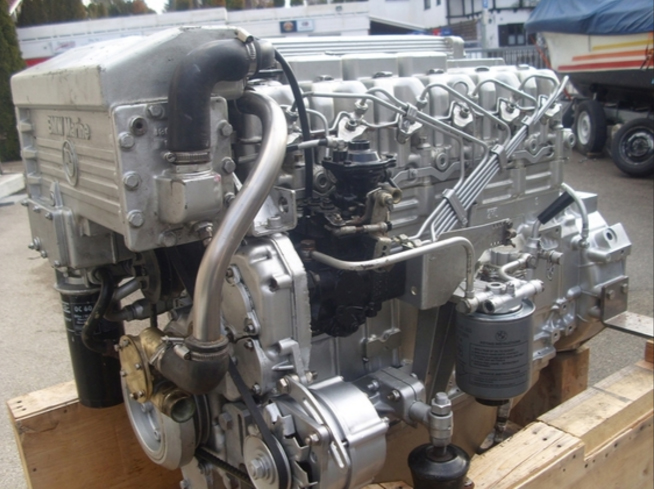 The popular belief is that the VM Motori HR range of engines were designed primarily for marine use and were adapted for automotive and industrial use.  However, this was not the case as the engines were designed from the beginning with all three uses in mind and hence the reason VM built a very sturdy, robust engine, offering high horse power to weight ratio.

When BMW marine marketed this range of engines, it was quite a revelation at the time to have a diesel engine powered both pleasure and commercial craft.  These engines offered high revs with high horse power figures with low weight due to the engines utilising aluminium cylinder heads and in addition they provided exceptional fuel economy compared to petrol engines of similar horse power.

Most parts are still available for the BMW Marine engines but some of the coolers, heat exchangers, water pumps and turbo chargers are now obselete, very often requiring some form of adaptations when it comes to replacement parts.