This VM Motori Mercruiser 4.2 Litre marine engine was removed from a Scottish commercial fishing vessel after having covered around 9,000 hours.  It was sent to us for reconditioning after it became difficult to start in cold weather.  It was dismantled to a bare cylinder block and all the parts were examined prior to reassembly. 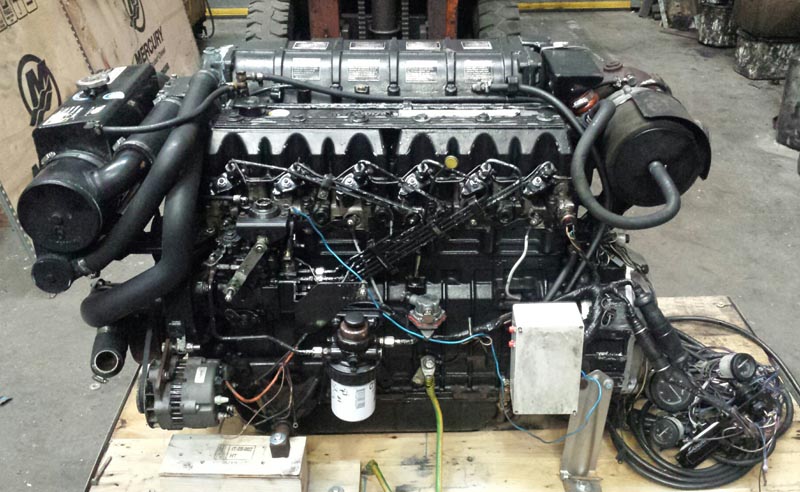 Surprisingly the crankshaft was in an ‘as new’ condition although the bearings were showing some signs of wear.  The engine was rebuilt with new pistons and liners and remedial work was carried out to the cylinder heads which included new valves, valve guides and valve seats.  The cylinder heads were inspected internally for cavitation which is caused by electrolysis and found to be in exceptionally good condition for an engine having covered this amount of working hours, all of which is a testament to the benefits of regular servicing.

In the case of this engine, clean oil from regular oil changes meant minimum wear to a lot of the internal engine components and even the turbo charger only required a new bearing, the turbine shaft being in very good condition.

This engine was given a new lease of life without changing many of the internal components which are normally required when overhauling engines, many of which have done fewer hours from infrequent use.