In the early years VM marketed marine engines under their own brand namely the HR492H/9 and HT9.  These were water cooled normally aspirated and turbo charged engines aimed at the smaller end of the pleasure craft market. 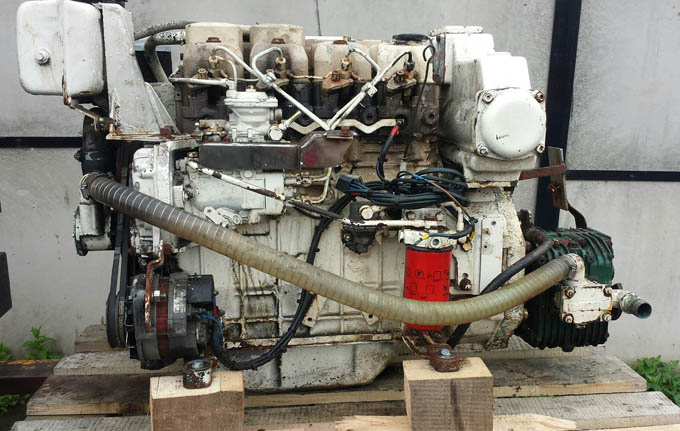 In more recent times VM market the marine engines under their own name namely in the MD700 range and the newer MR range of engines.

In addition to water cooled engines, VM also manufactured air-cooled marine engines designated the M11.5 based on the industrial VM SUN air cooled diesel engines in 2, 3, 4 and 6 cylinder versions which all shared the same bore size of  of 105mm.

The MD700 range was updated to the MR range which still employed a single aluminium cylinder head with 2 valves for each cylinder and using a cast iron cylinder block of the tunnel bore configuration.

When ordering spare parts, a VM serial number is usually required to determine the engine type as very few parts are interchangeable throughout the models.

Larger marine diesel engines were supplied by such companies as MTU and Schwitzer but were re-badged as VM Motori marine engines.