This is a sump that has been removed from a Mercruiser 220hp Marine Engine 6 cylinder. The oil was so badly contaminated with carbon it became as thick as grease as you can see in the picture below. 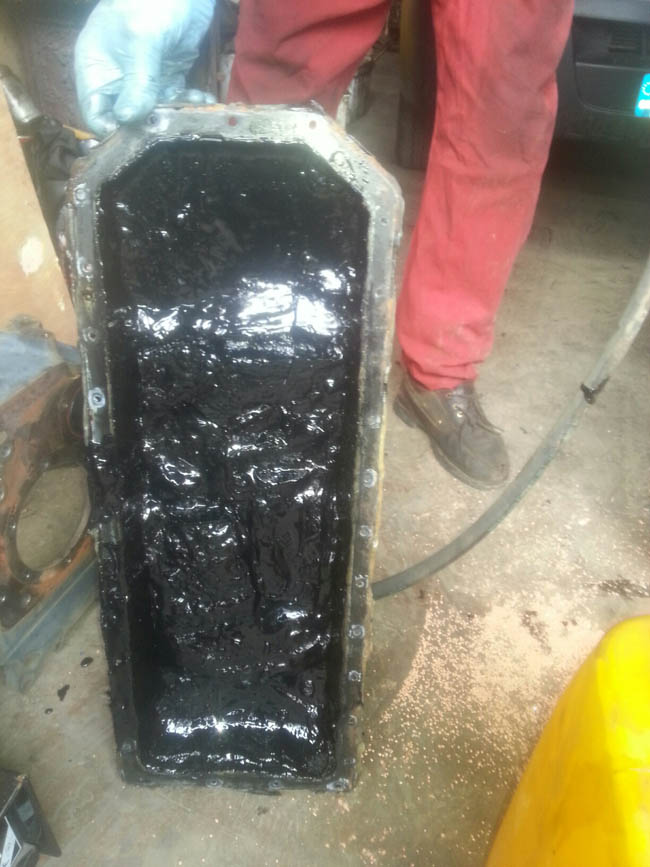 The crankshaft had been starved of lubricant causing the bearings to fail and overheating to the journals which caused the engine to produce a loud knocking noise. The low oil pressure buzzer sounded and the oil pressure guage showed a low reading. The problem had been caused by the owner of the boat neglecting to change the oil, it is difficult to estimate how long the engine went without a service but we estimate that it could have worked around 1,250 – 1,500 hours without an oil change. As you can see the oil is standing vertically in the sump.

Over long periods engine oil become contaminated with carbon and other impurities.

A new crankshaft along with bearings and bearing supports were fitted. Surprisingly the rest of the engine was in very good condition and once these issues were resolved the engine worked beautifully.

At our VM Specialist workshop we can diagnose and resolve most marine engine problems, we have been working with Mercruiser, Cummins, Mercury, Mercruiser-Mercury marine engines for over 30 years we are specialists in the field of VM diesel engines and we are happy to tackle any problems with your marine engine no matter how complex.